RarityGuide.com - http://www.rarityguide.com/articles
OC ReMix: Super Street Fighter II Turbo HD Remix Official Soundtrack
http://www.rarityguide.com/articles/articles/58/1/OC-ReMix-Super-Street-Fighter-II-Turbo-HD-Remix-Official-Soundtrack/Page1.html
Douglas Shepard (Editor in Chief, RarityGuide.com)
By Douglas Shepard (Editor in Chief, RarityGuide.com)
Published on 12/21/2008
This is the FIRST ever fan-made official soundtrack. The folks over at OC remix have outdone themselves. Head here to learn a little about it, go there for the music. 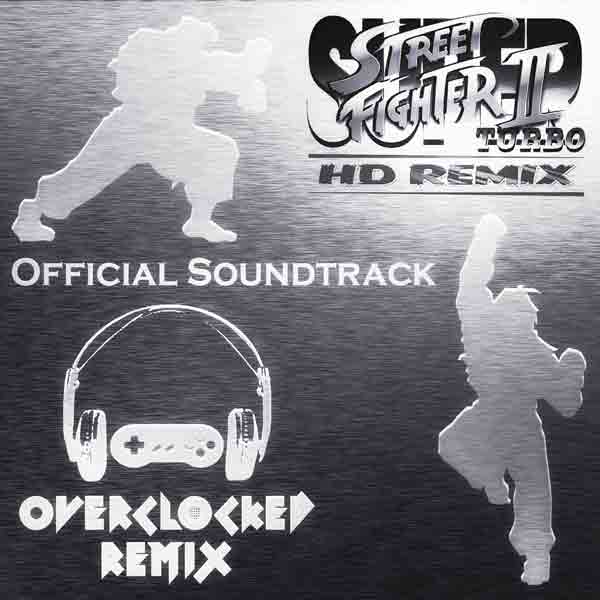 Being from the era of arcades and 2D fighters, Street Fighter II and Mortal Kombat both hold a special place in my heart. While MK has serious fallen apart in a few ways Street Fighter has held on to a lot of their original concepts and ideas. While many other series have adapted in ways to the new 3D areas, Street Fighter has held to the traditional 2D (for the most part) with great success. Now, with the pending release of the fairly anticipated Street Fighter 4, Capcom made the move revamp and re-release Super Street Fighter II. What did they do? Update the graphics for all the VERY nice HD TVs and to go along with all that the long standing Video Game Remix site OverClocked (OC) Remix did the soundtrack. For those unfamiliar with OC Remix, it’s fan-run and focuses on Video game soundtracks. Already they’re been able to pull off several collaborations and redone a few OSTs for some games such as Super Metroid, Doom, Doom II, Donkey Kong, Final Fantasy VII and a few others. The site itself has well over 1000 different remixes from various games, with a good variety of styles as well. All of them available for free download as the site is supported by donations with some ads, but very few.

What makes all this so special?

This is the first official Fan-made soundtrack ever.

Most importantly though: it's very good.

OC remix had already done a tribute album to Street Fighter and this got Capcom’s attention. With the HD remix they were looking to restyle and introduce this awesome game to a new generation and recapture the older crowd. Not only did they have the characters hand drawn by UDON (responsible for the run of the Street Fighter comic) but figure in OC Remix as well and that’s a very nice revamp from the original. I got an e-mail letting me know about this album and immediately went to download it. Mostly it was out of curiosity that got me to do that, but once it finished up I burned it to CD and listened to it walking to work one day … well, all my co-workers got a copy for the holidays after that. Not just because most of us had played Street Fighter II but because it is just that good.

All the music got excellent treatment, solid revision into the modern era while holding very true to the original style and everything that made the games groove so great to begin with. Ken’s Stage is one of my favorites, with its extremely infectious beat and rock ‘n roll sound. Still, with the treatment each part of the musical score got, that’s a hard call for favorites. The soundtrack totals at 66 tracks, covering the opening demo, two versions of each stage (one regular and one fast for heavy damage), music for each of the characters endings (Ex. Ken, for his regular finish and one for his wedding). All of it well done and though I have yet to be to play the Street Fighter II HD Remix I can see it fitting into the revamp seamlessly. Each part got its own treatment as appropriate and the results of this collaboration are frankly outstanding. The fine people who put the time and effort into creating this album deserve every last bit of credit for their work.