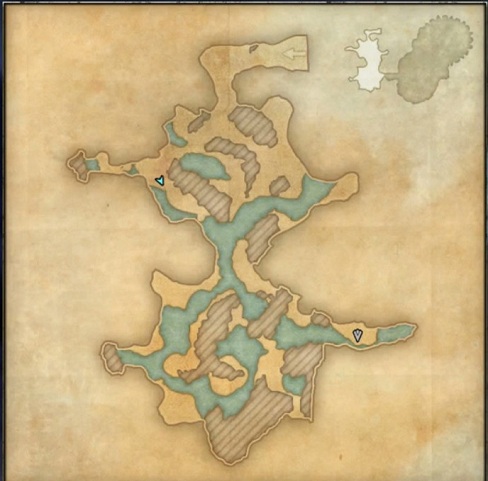 Welcome to the Undercroft. This area is filled with lots of traps. Thankfully, not too many enemies at least. Follow the path until you come to the first spike trap. Wait for the Spikes to either extend or retract then cross it. Turn to the South and follow the lit up plants as they guide you. They will lead you toward the Southwest.

Turn to the South when you have to. Just after that start over to the East. This will lead you to the ladder you were promised by Cadwell. 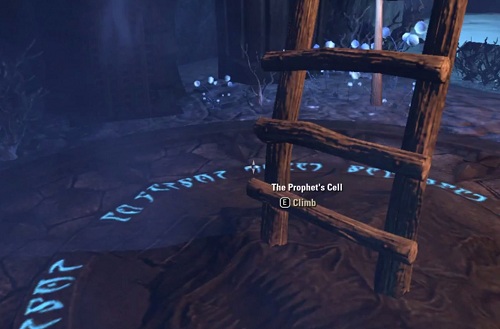 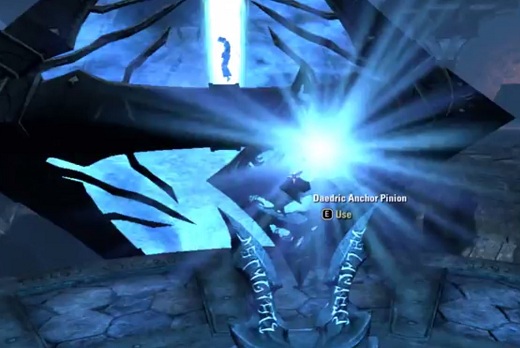 The Anchor pinions sit to the North and South. Head to each in turn and interact with them. This will disable the wards around the cell to allow Lyris to exchange places with the Prophet. She will begin the ritual and free the Prophet. Things are not over other. You and the Prophet need to still get out of Coldharbour. Talk with the Prophet. 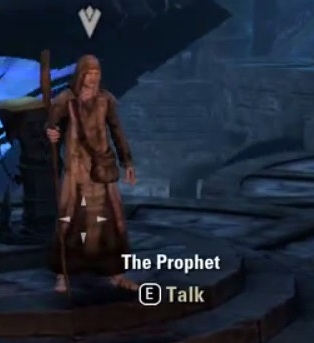 He explains that is was foretold in the (Elder) Scrolls. He will also explain that the way out is to head for the Anchors. It is in that chamber that the passage back to Tamriel can be found. The prophet needs your help to be his eyes as you make for the Chamber and defend him against the Guardians that will be found inside it. Head around the cell to the East and go through the door found there. This leads you to the Anchor Moorings. 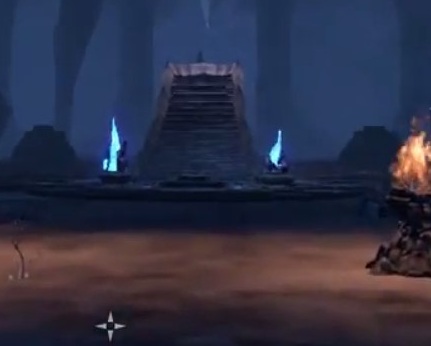 Go inside and head toward the center of the room. There you will encounter an image of Molag Bal. He will send 2 Guardians after you: A Skeleton Pyromancer and a Cyromancer. The Pyromancer will throw fire waves. The Cyromancer builds Ice Walls to protect itself and attack you. Defeat them both and you are nearly done here.

You now encounter your first boss, the Child of Bones. This enemy has more health then other enemies you've encountered so far, and it will take you longer to bring him down, as expected with any boss fights. But The Prophet will  be healing you throughout the fight, so you should be able to beat the Child of Bones without getting killed.

After the fight, talk with the Prophet. He will explain that you need a physical form to return to Tamriel. To this end, he conjures up a Skyshard. He tells you to take it. 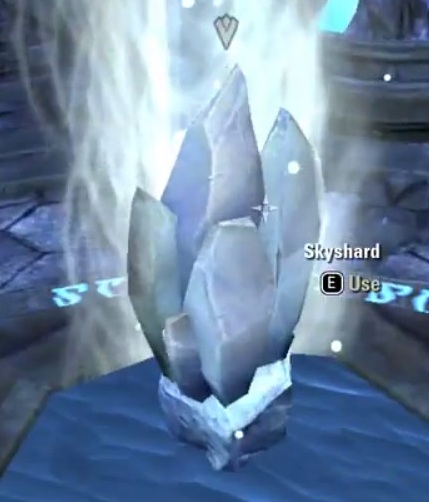 This infuses your soul Shriven body with substance. After that it is a simple wait. Approach the portal when it appears and then it will take you to Tamriel.

When you arrive, you will find the projection of the Prophet again. He will explain that you and he were deposited very unceremoniously on Tamriel, on your head. He explains that he does not know where you are nor himself. He will direct you to the first person in the Quest Line for your arrival area.

As your quest reward, you will receive a Sealed Urn. Open it to find some cool items such as the Sentinel's Lash, Unfinished Torment Cuirass, or Cadwell's Lost Robe