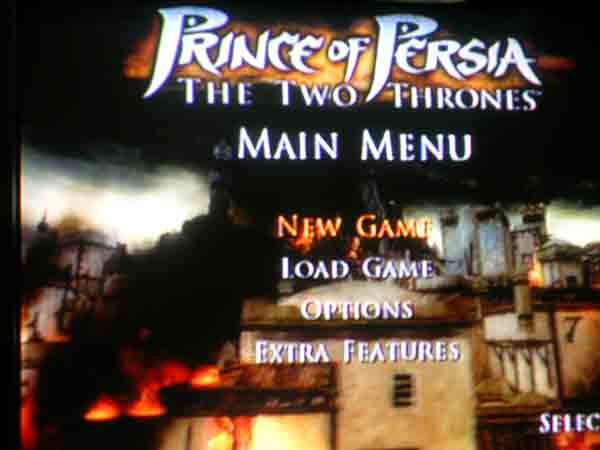 Intro:
To complete the first trilogy of reviews, I present to you, The Two Thrones. This game brought a conclusion to the Prince and his adventures with the Sands of Time. It returns to a narrative style, adding some new elements to the game and gives a satisfying ending to the trilogy. The game deals with one important detail quickly, the two ending in Warrior Within.

Story:
After the events of Warrior Within, the Prince and Kaileena return to Babylon. When they arrive they find the city under siege from an unknown force. The moment the ship is spotted, they are attacked and the vessel is destroyed. The Prince and Kaileena are separated in the destruction. Kaileena is washed ashore and captured. The Prince follows hot on her captor's heels and encounters the Vizer again. The repercussions of his actions are pushed aside as he charges in to save Kaileena only to witness her death, the Vizer's transformation and the unleashing of the Sands of Time. The Prince is also attacked by the Sands, but is not fully consumed by them, leading to the creation of the Dark Prince, a second personality inside the Prince himself. Now, the quest for vengeance begins and hopefully finding a way to remove the Sands.

Kaileena serves as the narrator for the story overall. She gives a different outlook on the Prince and helps bring the whole story of the series to the forefront. The banter between the Prince and the Dark Prince work to show his own growth and changes over the series and in this final game.

Gameplay:
This game added some new elements to the series and posed as a synthesis between the first and second game. The return of narration, the varied weapons from the second game, alternating combat styles and the introduction of Stealth Kills all make this a better game. The two sides of the Prince vary a bit as well. Both sides are very acrobatic, but the Dark Prince has the Dagger Tail to extend his reach. Using the Dagger Tail is key to reaching some of the needed areas to progress in the game. The Dark Prince also is constantly losing health and can only be healed by killing Sand Creatures. 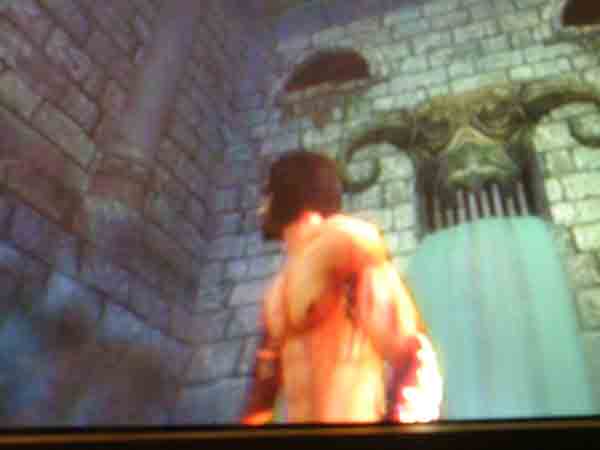 The Prince himself remains a close range melee fighter at his core. The combos carry over well from the second game and make it easy to mix up combat. The Dark Prince shifts more to midrange melee combat using the Dagger Tail Whip. The Stealth Kill system is important to take advantage of when you are facing a battle with numerous difficult opponents. Properly executed, this can change a losing battle into an easy one. 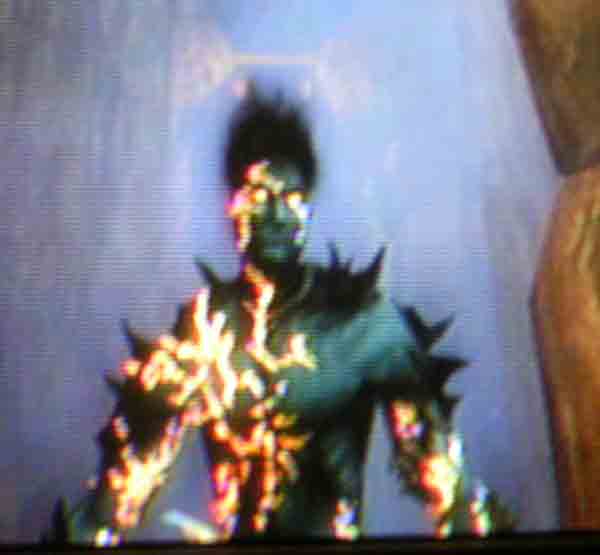 Controls:
The Combat system is relatively unchanged from Warrior Within, receiving a few important tweaks to smooth it out. Both sides of the Prince are as responsive as ever, making for easy execution of actions. The Stealth Kill system takes a bit of practice though to get the timing of the varying kills. All and all, the controls did not change too much over the series and remained overall competent.

Graphics:
This game definitely benefited from the previous entries, receiving well polished graphics, even the Gamecube version reflects this. The new kill system shows it decently well, as the kill is usually quite rewarding to see executed. Overall, the game takes a brighter tone than the other entries.

Sound Effects & Music:
The music went back a step, away from the rock that had permeated the second entry, returning more to the music of the second. This is a welcome return after the tedious melody found in the Warrior Within. The narration is well timed and does not clash with any heavy fighting. When the Prince and Dark Prince are talking, it is usually easy to hear what they are saying to each other. It also helps progress the story and gives something new to the Prince himself.

Obscurity:
This game has become more obscure over time, but remains somewhat known.

Summary/Author’s Take:
Many see this as either the first or second best entry in the trilogy. It took what made the first game great, added what little was good about the second and come out into its own right. The mix between the Prince and the Dark Prince helps change up gameplay a bit as well and only added to the game's good points. The story is, surprisingly, brought full circle in ways and gives a nice conclusion to the trilogy. This game I have played through a number of times simply because it is fun to do so and it gives a strong sense of satisfaction.